Who would have ever thought that a kid from a small town in Texas would try to start a race war in Los Angeles? The folks of Copeville were shocked that one of their boys had committed multiple murders while on drugs. They heard that he had met up with a madman named Manson, who believed the “blacks” would ask him to be their leader, after they rose up in power from killing off “whitie.” Though delusional at best, it was believable to his ardent followers, considering racial tensions in the late 60s. Racism is fertile ground where seeds germinate to bring forth the most undesirable fruit.

The Boy They Knew…

The Watson boy they knew, grew up without a prejudiced bone in his body. They recalled a boy who made a new soap-box car every 6 months, excelled in sports and worked in his dad’s store, eventually heading out for success. The family was in church every Sunday and a pillar of the community. 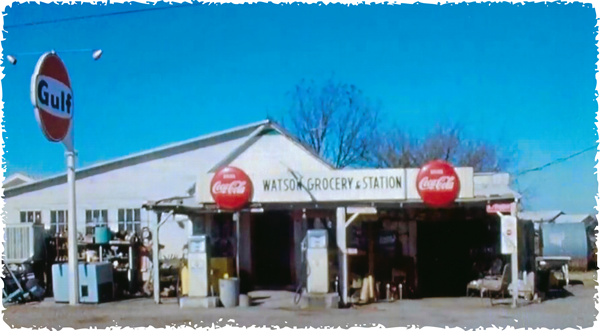 His mother remembered him as a beautiful baby boy who loved baby chickens, kitty cats and his dog named “Collie.” He was in both the Cub and Boy Scouts, plus he advanced to be a Life Scout, with numerous merit badges. He was even in the Future Farmers of America, raising livestock and winning many blue ribbons.

Living in a Bubble…

It seemed that living in a small town of one-hundred and fifty people sheltered folks from the racism in the cities, plus world news about racism traveled slowly, since having a television was a luxury. It was almost like living in a bubble, void of reality. But in hindsight, this was a blessing from God, not growing up with a prejudiced attitude; however, maybe small-town racism was just ignored.

There was only one “negro” man in town, who most called N_ _ _ _ _ Red, yet he was trusted enough to get credit at WATSON’S store. Other “blacks” would stop for gasoline or fishing gear, but it was all business, skin color didn’t matter. [The word “negro” may be offensive, but in those times it was commonly used in the South, like “black” was in the West.]

Little Charles followed in his siblings' footsteps, listening to the old 78 records, mostly of “black” artists of the late 50s. When the hula hoop came out in ‘58, it was all about dancing with a hoop to Chubby Checker’s “twist” music. It was the eve of Rock ‘n Roll with Little Richard, Bo Diddley, Chuck Berry and Lou Rawls, so “white” artists like Pat Boone, the Beatles and the Beach Boys had some catching up to do.

Segregation didn’t stop the music, foot to the peddle, driving to school with the radio blasting at 90 mph. During lunch break, the jukebox was stuck on Jerry Lee Lewis’ hit single, “Great Balls of Fire.” The only racial relations were at the shoeshine stand, since “blacks” went to a different school and lived in a different part of town, which was the best place to buy bootlegged beer. When segregation ended in ‘64, college wasn’t much different, with only a few “blacks” in class, but as Dylan sang out, “...the times they are a changing”.

Back home, high school sports significantly improved with desegregation, but in college, it was all about the party life; no matter the skin color. The only clubs worth going to were those with black musicians, who played the Blues and Rock ‘n Roll. The highlight of the year was a concert with B.B. King and his guitar, Lucille, while setting up front ordering beers and bringing in the New Year. It was all about the music and a good time with friends, dancing the night away.

“There is a path before each person that seems right, but it ends in death” (Proverbs 14:12).

Caught In a Trap…

After moving to California, the word “black” was used instead, which seemed to me very degrading. Maybe brown but not black. But regardless, music ruled the day. The Doors, Richie Havens and Jimmy Hendrix were the groovy ones to listen to while smoking pot. It was almost heavenly driving around in a ‘35 Dodge pickup listening to “Jimmy” with the hinged windshield cranked out, going down the freeway at the truck’s top speed of 65 mph.

In those days, it was normal to pick up hitchhikers, but not band members like Dennis Wilson of the Beach Boys. Before wrecking his two cars, he met Manson, after picking up a couple of his girls hitchhiking. Now, it was him being picked up in a ‘35 Dodge and driven to his home where Manson was visiting one evening. Dennis would introduce Charles to Manson. The rest is history. It’s like a bad dream, only to wake up, and the ripple effect is still there. Solomon warned:

“My child, if sinners entice you, turn your back on them! They may say, ‘Come and join us. Let’s hide and kill someone! Just for fun, let’s ambush the innocent! Let’s swallow them alive, like the grave; let’s swallow them whole, like those who go down to the pit of death. Think of the great things we’ll get! We’ll fill our houses with all the stuff we take. Come. Throw in your lot with us; we’ll all share the loot.’ My child, don’t go along with them! Stay far away from their paths. They rush to commit evil deeds. They hurry to commit murder. If a bird sees a trap being set, it knows to stay away” (Proverbs 1:10-17).

It seems that Manson’s philosophy was pro-black or anti-white, due to him blaming society for his failures. Maybe being pro-black was appealing to a Texas boy, because of previous music taste. According to the Beatles, Manson believed that “whitie” deserved a “damn good whacking”, which was confusing for a youngster forming his belief system. It was all part of the nonsense of Manson’s “no sense, makes sense” philosophy. That was a big part of the problem!

There’s a sharp lesson here, everyone needs to view things in their true relationship or importance and the make up of one’s social circle, evaluating the consequences. When a group of disobedient druggies come together, looking for acceptance by making wrong choices and decisions, and a strange man manipulates their identities with his charm and delusional beliefs to get on an emotional roller-coaster, watch out---Helter Skelter!

Things can turn dangerous, even deadly when led in the wrong direction and quickly change the lives of many. Equally true, philosophies, identity and influence are interconnected with everyone around us and can affect every aspect of our life. The apostle Paul said: “Don’t be fooled by those who say such things, for bad company corrupts good character” (1 Corinthians 15:33).

For this reason, be careful what you listen to and believe. Remember, it’s okay to let the music lift you, but don’t let the wrong person lead you. Manson was certainly a very deceived man, but so were his so-called “family members”, through their own desires, irrational thinking and foolish choices. Always check for the Truth that sets you free, otherwise, deception is knocking at the door of your heart to enslave you. The truth is “...God created human beings in his own image. In the image of God he created them; male and female he created them; then God blessed them and said, be fruitful and multiply...” (Genesis 1:27, 28).

It’s impossible to see a person’s heart, so judging one another is silly, but do check the fruit. Though created in God’s image, the fruit can still be rotten, without a change of heart. Focus on what you share in common, instead of projecting judgment upon others. For instance, music and God’s love cause the heart to vibrate in harmony when a chord is struck in the spirit of servanthood. Worship tugs on the heartstrings, causing one to vibrate in harmony together with God. But vice versa, a dark, prejudiced chord can be stuck by focusing on skin color or beliefs that divide, causing destruction, lawlessness and anarchy.

In the end, everyone is responsible for their own choices and decisions to temper the heart with God’s love or not, remembering that one reaps what is sown, whether life or death. The consequences of a prejudiced heart are deadly, but understanding God’s love and forgiveness brings life when you join to Christ by faith. This frees the Spirit of grace to flow forth, since Jesus' blood cleansed the heart from all unrighteousness so that righteousness could reign in life, allowing nothing but God’s peace to rule the heart, as the late Martin Luther King Jr. proclaimed, “Let Freedom Ring.”

“But if we are living in the light, as God is in the light, then we have fellowship with each other, and the blood of Jesus, his Son, cleanses us from all sin” (1 John 1:7).

Here’s a prayer for you:

Jesus, thank You for providing forgiveness for my prejudiced heart, which I surrender to You. By faith, I accept Your work on the cross as sufficient payment for my sins. I rejoice that Your resurrection from the dead shows Your complete victory over sin and death—making me holy and acceptable in Your sight. Thank You for providing the Way for me to have a relationship with You and with others no matter the skin color. Thank You for hearing my prayer and sending Your Holy Spirit to heal me in areas where I’ve been wounded and damaged. In Your Holy and precious name I pray Lord Jesus. Amen!