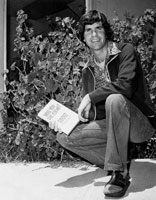 Will You Die For Me?

"A fixating story not only because it is a first-person account of the Manson murders by one of its murderers, but because no punches have been pulled..." FREE here.  -West Coast Review of Books

(Partially taken from 8 hours of tape recordings with Charles' attorney in 1969; recommended by the NY Times in 2019.)

A riveting 200+ question interview with former Manson Family member, who insightfully shared his heart about Manson, the cult, the drugs, the music, the crime, the victims, the death penalty, forgiveness, prisoners and salvation.

God created us a living soul, made up of mind, will and emotions, the spirit giving us life. I believe through the reading of this book, you will come to see yourself as a wonderful possession of our Heavenly Father.

Christianity seems foolish based on the world's priorities. Yet, eternal salvation is more valuable than Hall of Fame, wealth and success pursued by the world. Our prayer is that this book will open your eyes to an entirely new vision for life.

Karla's case captured the nation's attention as satellites beamed the testimony of Jesus Christ around the world and reawakened the turbulent debate over the death penalty, an issue that had grown dormant in these tough-on-crime times. Is there a place for mercy in our legal system today? Are we called to carry out God's vengeance? Or, is this just a natural response of the vindictive nature of fallen man? What do you think?

As a Christian, what did Jesus do through you in the case of Karla? Did He demand strict justice? Her death? Did He mock her? Or say she deserved to die? Or was His death on the cross sufficient for her?

I know what He did through me. He wept for Karla and flowed through me with great compassion and mercy. He became righteously angry that politics, vengeance, retaliation, and pride took her life, instead of doing what He requires--doing right, loving mercy, and walking humbly before Him (Micah 6:8).

I heard Jesus say, "He who is without sin among you, let him cast the first stone at her" (John 8:7). Then His brother James said, "For there will be no mercy for you if you have not been merciful to others. But if you have been merciful, then God's mercy toward you will win out over His judgment against you" (James 2:13).

There are forty-two death-penalty sins in the Old Testament. If the death penalty can be justifiably applied for murder, why can't it be justifiable for all the other sins below?

The top executioners today are China, Ukraine, Belarus, Iran, Saudi Arabia, Singapore, and a few others. The same countries who persecute Christians the most. China executed 4,200 people last year, verses 74 in the USA. China executes bandits, thieves, unsavory businessmen, and political diviants. We have a long way to go to catch up, but by implementing all the Old Testament sins, executing criminals as young as 13, and eliminating certain legal procedures and appeals, we should be on our way to catching up. Can the American conscience handle scores of executions a day?

"A docudrama by Biola University students, and interviews with Charles and the daughter of one of his victims. This video was awarded a Silver Angel award in the Home Video category at the 20th-anniversary ceremony (1997) of Religion and Media International Angel Awards in Hollywood, CA." Click here.

A fast-moving conversation covering Charles' past with the Manson Family and his present transformed life in Christ. Click here.

Who would have thought that a kid from a small town in Texas would try to start a race war in Los Angeles? The folks of Copeville were shocked that one of their...

Insights into My Behavioral Change:

My irrational thinking caused a chain of destructive emotions and sinful behavior. Beginning with Eve in the garden, thoughts of not having or being enough...

It was like a breath of fresh air leaving the Los Angeles County Jail in a bus for death row after my conviction. We headed up the coast to San Quentin, which overlooks the San Francisco bay.

These ALMS Brochures can be printed from the site for passing out to family and friends. 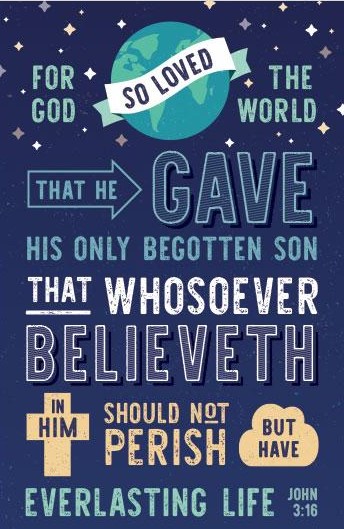 Happy Father’s Day! I wasn’t a fatherless victim, rather my disobedience through foolish choices and decisions separated me from God and my parents, resulting in loneliness, confusion and insecurity. But for believers led by the Spirit, the apostle Paul wrote:

“So you have not received a spirit that makes you fearful slaves. Instead, you received God’s Spirit when he adopted you as his own children. Now we call him, ‘Abba, Father.’” 1

Scott wrote from Scotland, saying: “I imagine you get quite a lot of mail.”